From hearty meat dishes to bright, tangy ceviche, this list of traditional Chilean foods is a tour guide for your taste buds. Wash down these distinctive dishes – many originating in the heart of Chile’s countryside – with a glass of local wine or a pisco sour.
Chilean gastronomy stems mainly from the combination of traditional Spanish cuisine, Chilean Indigenous Mapuche culture and local ingredients, with later important influences from other European cuisines, particularly from Germany, Italy, the United Kingdom and France. The food tradition and recipes in Chile are notable for the variety of flavours and ingredients, with the country’s diverse geography and climate hosting a wide range of agricultural produce, fruits and vegetables. The long coastline and the peoples’ relationship with the Pacific Ocean add an immense array of seafood products to Chilean cuisine, with the country’s waters home to unique species of fish, molluscs, crustaceans and algae, thanks to the oxygen-rich water carried in by the Humboldt Current. Chile is also one of the world’s largest producers of wine and many Chilean recipes are enhanced and accompanied by local wines. Chilean cuisine also shares some similarities with Mediterranean cuisine, as the matorral region, stretching from 32° to 37° south, is one of the world’s five Mediterranean climate zones. 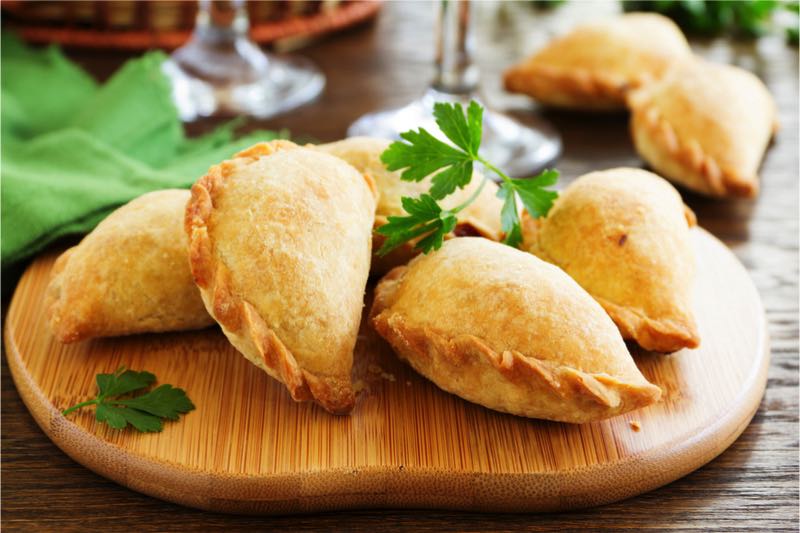 These fried or baked dough pastries are usually filled with either cheese, seafood or a mixture called pino that consists of ground beef, olive, egg and onion. While Chileans enjoy empanadas year-round, homemade empanadas de pino are one of the key traditional foods served during Chile’s Fiestas Patrias – national holiday celebrations that take place in September. During the festivities, terremoto, a type of sugary drink, is also quite popular. The beverage includes sweet fermented wine with pineapple ice cream and your choice of bitter fernet or grenadine.

Different versions of ceviche can be found all over Latin America, especially in Chile and Peru. Locally it is made with raw fish (often reineta or corvina), marinated and cooked with lemon juice before being served up with onions, garlic, merkén, cilantro, cumin, salt, olive oil and red peppers. Ceviche goes great with the tangy local drink, pisco sour, made with Chilean pisco, pica lime or lemon juice, syrup and ice.

Great for a nippy day or for warding away the sniffles, this tasty broth is made with large pieces of tender beef or chicken along with potatoes, pumpkin, corn noodles and cilantro. Try this traditional dish, which has both Spanish and indigenous Mapuche origins, at one of the marketplace eateries in La Vega Central. To do as the Chileans do, go ahead and eat the broth first, finishing up with the meat, potato and veggies. 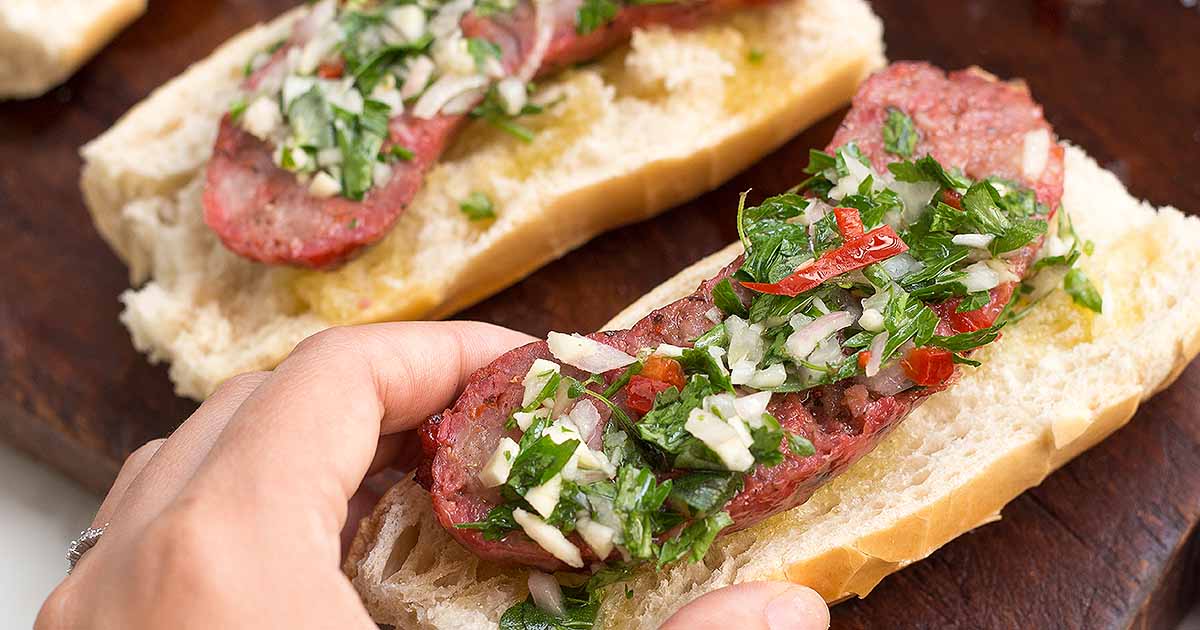 This native South American dish originates from pre-Hispanic Andean cultures and can also be found in Peru, Ecuador, Bolivia and Argentina. Though humitas are prepared similarly to a Mexican tamale, they are known for their sweetness, not spice. Humitas are made with boiled flour and corn dough, cooked with butter, onion and basil and wrapped in corn husks. You’ll find that humitas are often sold at corner stores, though sometimes street vendors will sell them from their coolers.

This syrupy traditional drink is made with a mote (a kind of peach nectar), dried peaches and huesillos – husked wheat. Eating mote with sugar or milk became a popular custom in Chile during the 19th century, thanks to local wheat production. Eventually the peach and syrup were added and the drink became a staple of Chilean cuisine, especially in central regions of the country. Treat yourself to a cold mote con huesillos as you take in the view atop either the San Cristóbal Hill or Santa Lucía Hill, spots where this drink is regularly sold. 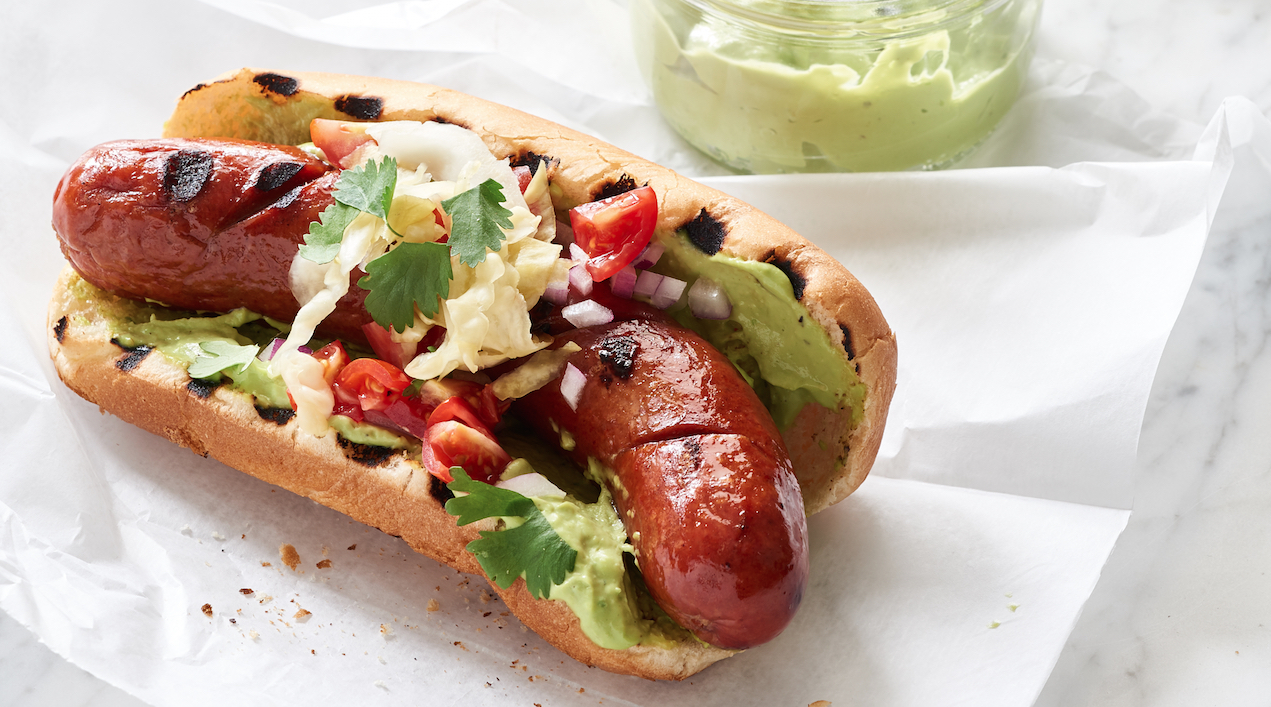 As Chile’s take on the hot dog, completos are surprisingly one of the most beloved Chilean foods, sold in sandwich shops and stands throughout the country. A typical completo is served with sausage, chopped tomato, mayonnaise and sauerkraut. The completo Italiano is also quite popular, and comes with chopped tomatoes, mashed avocado and mayonnaise. The hot dog gets its name from the the combination of red, green and white ingredients used, which mimic the colors on the Italian flag.

A traditional food of Chiloé Island in southern Chile, curanto is cooked with meat, potatoes, shellfish, a potato bread called milcao, vegetables and dumplings. What’s unique about curanto is that it is prepared using hot stones in a deep hole in the ground. The tradition of preparing curanto began with the indigenous Chono nomads that lived on the Chiloé Island – a tribe that is now extinct.

This traditional fried pumpkin flatbread is served in two different ways. On the streets, vendors will serve hot sopaipillas with hot sauce or pebre. A less common practice is to eat them in a bowl covered with sweet chancaca, a molasses-like sauce. This delicious wintertime dish is called sopaipillas pasadas. 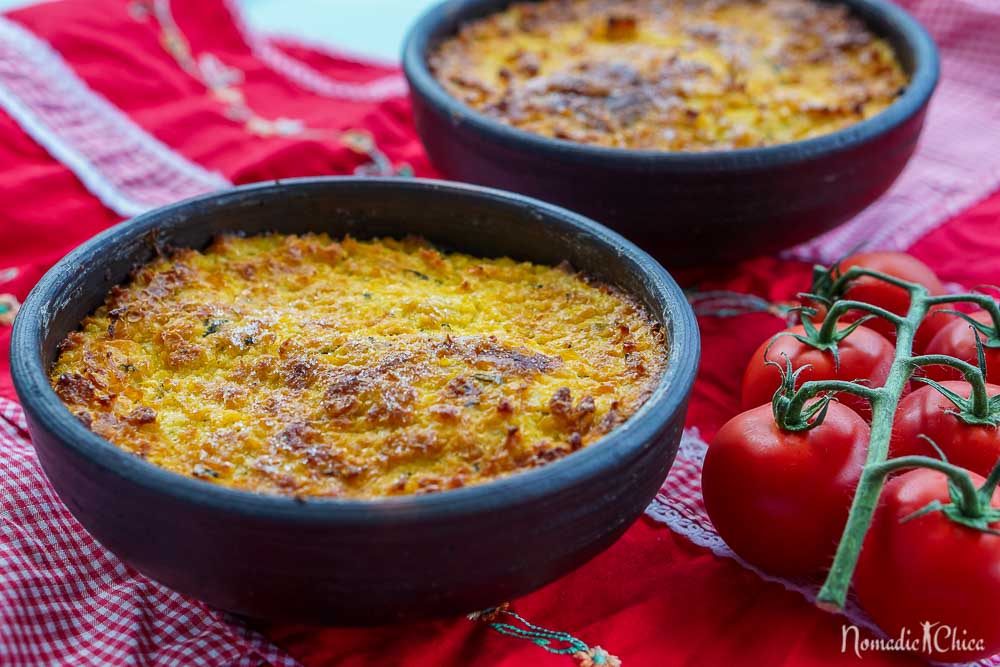